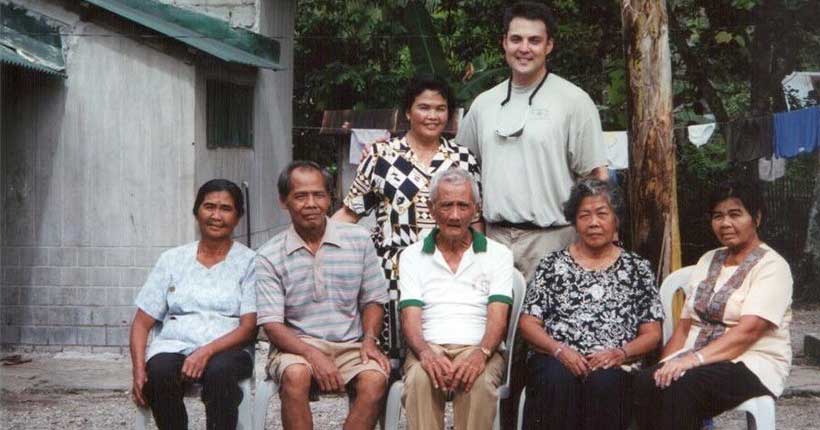 John’s mother is from a town called Bontoc on the island of Leyte, and his father is from the United States. While John was born in the United States, his mother has instilled a love for the Filipino culture in him, and he has had the opportunity to travel to further connect to his heritage.

There are many stereotypes and myths surrounding the Asian American and Pacific Islander communities. Most notably, according to John, is that they are one culture. Under both the Asian American and Pacific Islander umbrellas, there are countless unique cultures specific to certain regions. Even the two broad groupings are vastly different from one another.

“Asian Americans and Pacific Islanders are quite different. They are linked about as much as Europeans and US Americans. There are similarities, but they are different cultures. What bothers me is when people say things like ‘Oh Korean, Chinese, whatever… it’s Asian.’ Stereotypes get associated with any race or culture. My position is that if you are going to criticize or comment, at least make an effort to understand the history or the culture of any particular race.”

When asked about other specific stereotypes that come to mind, John most highlighted the career stereotypes that surround the AAPI communities. Many people assume that Filipinos, for example, are all nurses, or that Asian Americans all work in nail shops. In reality, Asian American and Pacific Islanders are responsible for significant contributions in United States history, technology, civil rights and more.

At the same time, John believes it is incredibly important to honor the past that you come from, whatever that looks like.

“A lot of Filipino kids, that are full Filipino either born in the states or brought to the states, try to distance themselves from the culture because there is negativity around it. Generally, the parents that come over don’t have anything, so they do whatever work there is to do. The stereotypes are convenience stores, nail shops, whatever it takes. I think some kids are embarrassed by that, but they really should be proud of it. When you stop to think about it, this country is made up of everybody from somewhere else at some point.”

He continued to share that the legacy his mother has created is one of hard work, determination, and unwavering support of family. John’s mother worked for the same company for 33 years, and his father worked for his company for 35. John is currently in his 27th year at SSC.

“The lessons I have learned from my mom include having a strong work ethic and basically just putting your nose to the grindstone and doing what you need to do to move your family forward, to get your kids an education. If you forget all that background, it’s all forsaken. You don’t appreciate what you have as much if you’ve forgotten how you got there.”

Honoring AAPI heritage is something that John and many other Filipinos are passionate about. Today, he stays connected with his Filipino friends and participates in the Asian American Club in Austin, TX. One of his favorite ways to celebrate his culture is through Filipino Picnics.

“Filipino Picnics are a celebration of the Filipino Independence Day. Everyone comes together and brings food, and it’s very community-focused. One thing we’ve learned from our culture is that when times are tough, the best thing to do is come together, and they’ve always been together. That’s how they made it through the wars, and the poverty, and they continue to press on. They all support each other, and they are all one family. To them, it’s their immediate family first, and then all Filipino people.”

Other aspects of culture are equally as important to remember. When it comes to food, clothing and other traditions, differences are what make us who we are.

“Instead of dress suits in the Philippians, you wear a dress shirt made out of pineapple threads. It’s about $150 for the shirt, it’s very light and called a “Barong Tagalog” but it’s considered formal wear and similar to wearing a suit. I think that keeping some of those things, is important. It’s those things that make you who you are. You need to be reminded of and keep certain things alive to understand why we are here, how we have progressed. If you just ignore and blend heritages, you begin to lose a little bit of identity, and I think that’s a mistake. We need to accept everyone’s differences and have our own identities.”